FROM BARN TO BOTTLE:

THE STORY OF STABLE 12 BREWING COMPANY

Stable 12 Brewery had a modest beginning, with three beer-loving high school best friends deciding to adopt a new hobby after college, focusing on something they all love: beer. Quickly outgrowing the kitchen they started in, they commandeered a vacant barn at the family horse farm on which they grew up, and began brewing there. It was from this barn that Stable 12 Brewery was born. Whether growing their own hops, updating their infrastructure, or testing new recipes, there is always something new on the horizon at Stable 12 Brewing Company.

One of the two owners of Stable 12, Richard Wolf grew up on his family farm, Saddlebrook Equestrian Center, in the little town of Skippack, Pennsylvania. After graduating high school he attended Pennsylvania State University where he received a degree in Hotel, Restaurant, and Institutional Management.

While at Penn State, Richard was part of the Equestrian Team and a member of Pi Lambda Phi fraternity. After graduation Richard went home and quickly developed a passion for brewing beer, and this passion evolved into what is now known as Stable 12 Brewing Company. Rick, as he's known to most of the regulars, looks forward to continuing to brew beer with longtime friends and bringing some awesome, local brews to Phoenixville and beyond. Photo credit: Seymour Digital Imaging
Richard WolfCEO 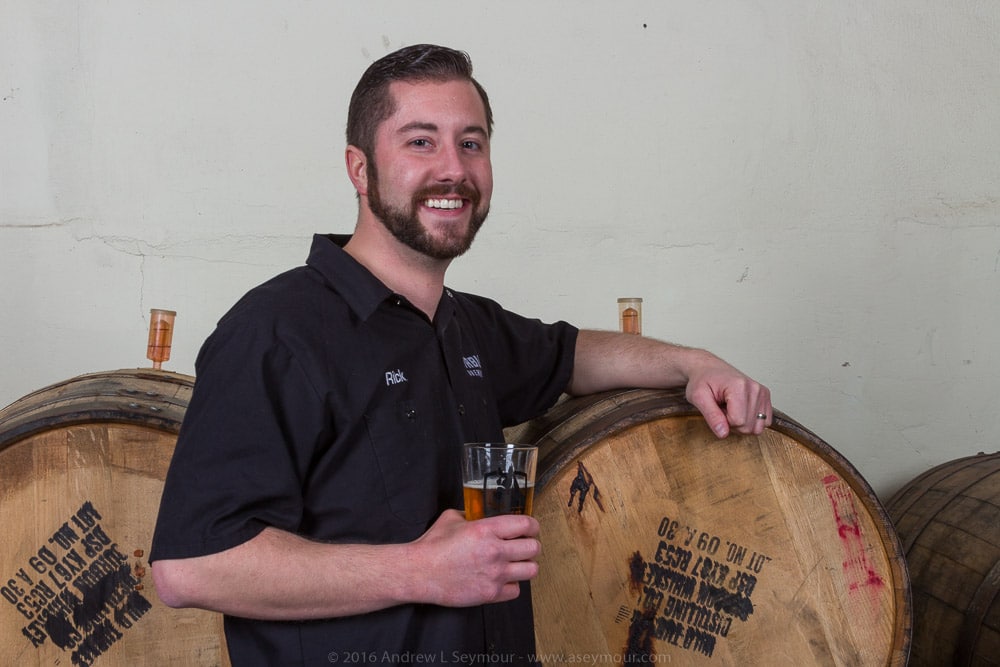 One of the two owners of Stable 12, Chris grew up in Collegeville, Pennsylvania where he was the oldest of three children. With his family actively involved in anything sports-related and a household full of pets big and small, there was never a dull moment. In middle school, he became friends with his future business partner, Rick. With college approaching and his long time curiosity for understanding the inner workings of various mechanical gadgets, it was no surprise when he decided to major in civil engineering.

At Penn State University, he joined Pi Lambda Phi fraternity, and held the position of Marshall and Treasurer. Chris met his wife, Kelly, at Penn State. They were married in August 2013. Rick and Chris kept in touch throughout college and brewing started as a collective hobby. A usable extra kitchen on Rick’s farm provided the perfect space for this small-scale operation. As their passion for brewing (and drinking) quality craft beer strengthened and positive feedback from happy beer drinkers poured in, the Stable 12 brand really began to evolve. Cheers!
Chris CarbuttOwner 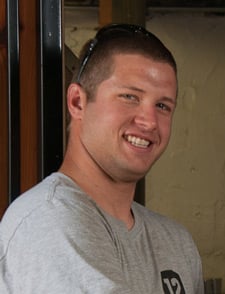 Responsible for all things beer related, Mark is tasked with curating and refining our favorite Stable 12 beers we all love, as well as creating new flavors and experiences that will become future classics. Mark got his start in brewing as an avid homebrewer, and comes to Stable 12 from Vault Brewing in Yardley, PA where he was the founding brewer. His favorite beer styles are malty stouts, crisp lagers, and refreshing hop forward ales. A graduate of the University of Delaware with a degree in Computer Science, Mark currently resides in South Philly. In his spare time Mark enjoys listening to music and spending time outdoors.
Mark ThomasHead Brewer

OUR HOURS MAY VARY DUE TO COVID-19

Check out our beer finder to find a beer near you!